Pragati Maidan is one of the most popular and world class exhibition venue located in the capital city of India -“New Delhi”. It was established in the year 1982 mainly for Asian games and events, and it was architect by very famous architecture Raj Rewal.
Now it becomes main hub for International level cultural fairs and exhibitions. People from all over the world, come here to get experience of its educational and impressive events. According the survey of 2014, more than three million visitors was came in the 34th International Trade Fair of India. And the number of visitors is increasing year by year.
With more than seventy thousand square yards meters of exhibition space, the venue has more than ten standard level exhibition center where brands can organize their standard business events. If you are also interested to organize your business event in such a great place, you have to book a hall in very advance. India Trade Promotion Organization (ITPO), is the one who direct and takes care of all its events and functions.
The interior of the place has luxurious standards and lush green setting, make it first choice of top brands for their International meetings. The place is well connected and people can reach easily from any area.
Many religious events was also organized in the place at the time of its inauguration on the 3rd November 1972 in respect of our great Prime Minister “Indira Gandhi”.

After world level book fair, another most popular event held at Pragati Maidan is Auto Expo. It is a periodic automotive and Asia’s biggest country level motor show. Now it comes under world’s most popular motor show and makes second position. Team of Pragati Maidan, organize this event with support of ACM, SIAM and CII. All these brands are associated with national level automobile firms.

Delhi Jewellery and Gem Fair and International Food and Drink Expo India are also some very popular events that are held every year at at Pragati Maidan.
Not only for organizing events, but the place is also known for their various famous pavilions. And some of them are Son of India Pavilion, Nehru Pavilion, Indira Pavilion and many more.

<p>ITPO, the premier trade promotion agency of the Ministry of Commerce &amp; Industry, Govt. of India is committed to showcase excellence achieved by the country in diverse fields especially trade and commerce.</p><p>ITPO provides a wide spectrum of services to trade and industry and acts as a catalyst for growth of India's trade. ITPO approves holding of international trade fairs in India and regulates holding of various expositions in India primarily to avoid any duplication of efforts while ensuring proper timing. It manages India's world class exhibition complex which is constantly upgraded to keep it in a high standard of readiness. Spread over 123 acres of prime land in the heart of India's capital, New Delhi, Pragati Maidan offers about 61,290 sq. mtrs. of covered exhibition space in 16 halls, besides 10,000 sq. mtrs. of open display area. The state-of-the-art exhibition halls have enhanced the appeal of Pragati Maidan as the ideal center for an increasing number of fair organisers and business visitors from different parts of the world.</p><p>ITPO has an extensive infrastructure as well as marketing and information facilities that are availed by both exporters and importers. ITPO's regional offices at Bangalore, Chennai, Kolkata and Mumbai, through their respective profile of activities, ensure a concerted and well coordinated trade promotion drive throughout the country.</p><p>With the commissioning of the state-of-the-art Chennai Trade Centre (CTC) in January 2001 and the Trade Centre Bangalore in September 2004, ITPO has successfully completed the first phase of the setting-up of modern exhibition facilities outside Delhi. The Chennai Trade Centre which addresses a long-felt need for a permanent and modern exhibition venue in Tamil Nadu, has already emerged as a hub of trade-related activities in the region.</p><p>Likewise, the formal commissioning of the Trade Centre Bangalore (TCB), at Whitefield on September 20,2004 as a joint initiative of TPO and the Karnataka State Industrial Area Development Board, is the harbinger of an added impetus to trade promotion through fairs, exhibitions and associated activities of the State and Southern region.</p><p>On the advice of Department of Commerce, ITPO has been coordinating the construction of an exhibition-cum-trade complex 'North East Trade Centre' at Sarusajai, Guwahati under 'Assistance to Sates for Developing Export Infrastructure and Allied Activities(ASIDE)' Scheme, for facilitating trade in North-Eastern States. Spread over an area of 10 acres on the NH-37; the constructed exhibition complex under Phase-I of development, consists of three fully air-conditioned halls of 800 sq.mtrs. each, entrance lobby and plaza, mini convention-cum-conference room in a total plinth area of 8,700 sq. mtrs.</p><p>ITPO is also providing assistance to State Governments in setting up Regional Trade Promotion Centres (RTPC) in various State's Capital and major cities. Initiatives have been taken by ITPO for establishing Trade Fair Complexes and Convention Centres at Kolkata (West Bengal), Bhopal (Madhya Pradesh) and Sri Nagar (Jammu &amp; Kashmir), in close association by the State Governments and Industrial Development Corporations/Boards of these States.</p> 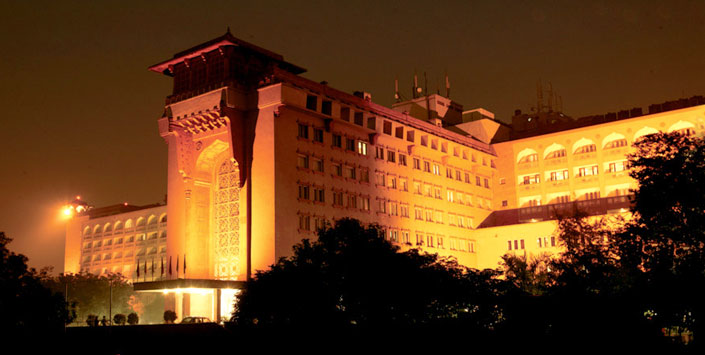